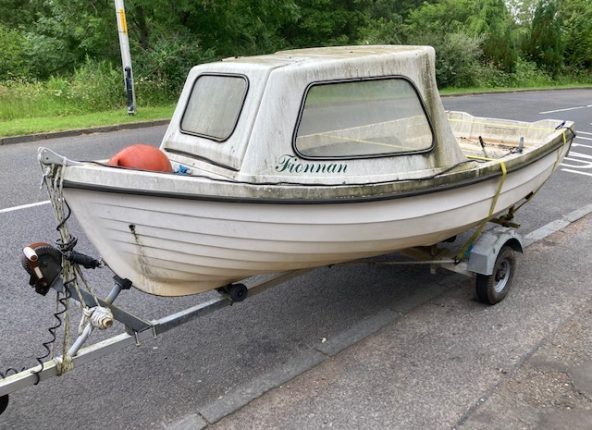 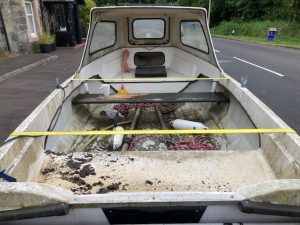 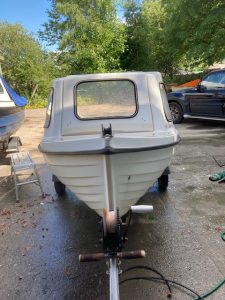 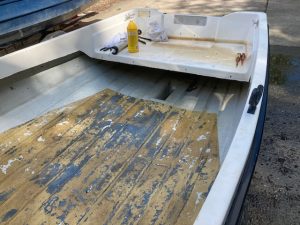 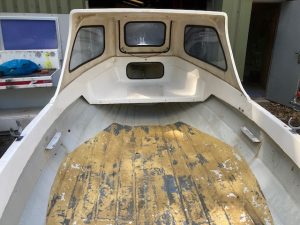 As you can see it was in a bit of a state when it came in.
The power washer took the thick of the dirt off and then it was given a scrub clean.
The buoyancy tanks for and aft were removed so I could get years of beech leaves out of it.The tanks consist of a facing panel which holds a large shaped block of polystyrene in place.
These were very light and not water logged like others I have seen.
The washer also took the old paint off the floor and the varnish of the seat.Saved me a sanding job. 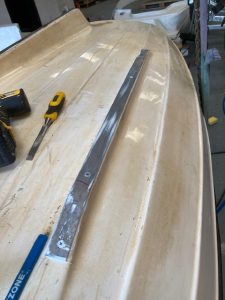 I flipped the boat over and one of the bilge keel runners was shot.
It was replaced with a length of stainless 316 I had using very short stainless screws.I used the old hole spacings and bedded it on with sikaflex 291.

The 1/2 screw tips on the previous band had come through the hull at each end of the band where its bent,

I simply filed them flat and glassed over the hole with three layers of fibreglass before painting the floor. 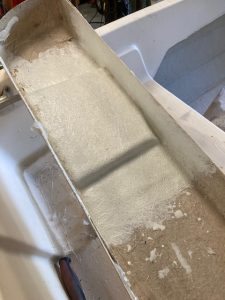 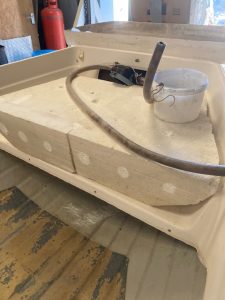 The retaining panel for the rear buoyancy tank has a bilge pump fitted to it but it was a bit flimsy and the fixings had rotted out.While it was out I glassed a 3/4 peice of marine ply to the back of it to take the screws.

The polystyrene blocks get stuck to the underside of the seats with sikaflex as well as slotting into the retaining panel.

I kept the windows as they were OK but the rubbers needed replacing.The edge trim was also replaced around the boat and cuddy.