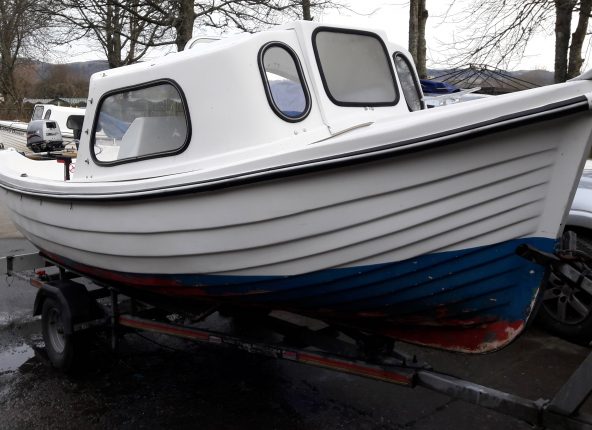 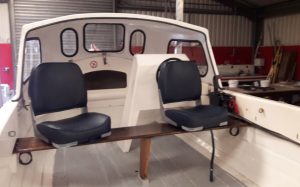 The seat took four coats of yacht varnish with a light sand in-between the third and fourth coat.
I then bolted the two swivel seats on using stainless fittings.They are positioned so that you can turn them right around without catching the control box or side of the boat.Will test the engine before delivery. 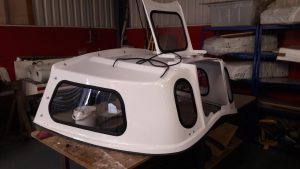 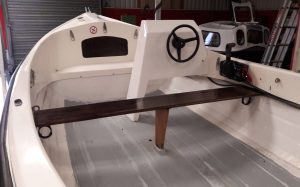 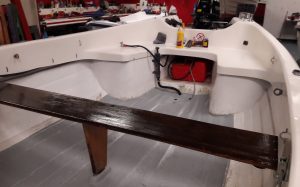 All five windows are now in the cuddy and the clips holding it down are fitted.
The fuel tank is fitted as is the battery which both sit under the rear seat.
Ive given the centre seat three coats of yacht varnish but it might need another.
Once its dry I simply bolt the two swivel seats onto it.
Then its a wash down and delivery is this weekend. 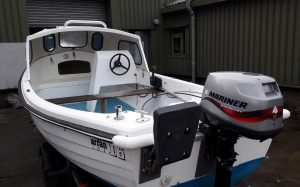 This Arran 16 came in originally with a 4hp Mariner engine on it for use in freshwater.The new owner wants to go to sea so its been refitted with a 9.8hp 4 stroke Tohatsu with electric start on remotes.
The first job was to flip it upside down so i could strip the many layers of old anti foul off.
I found a chemical stripper safe for GRP available on that well know auction site.
You add water mix it up till it resembles wall paper paste and apply by brush.
Removal was with a power washer but it took two goes to get the thick off.
Two days of sanding followed to get the rest off and key the surface for the new paint.
I filled the minor scratches in and sanded them to shape.
Its worth spending time on the process as preparation is the key. 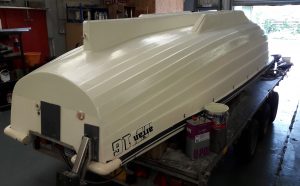 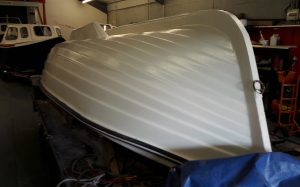 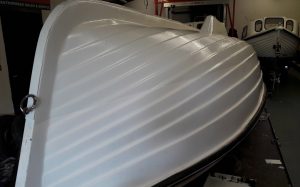 Two coats of Hempel Tiger white anti foul were then applied.I but the first on by brush and the second with a wooly roller.
Will now flip the boat over and start fitting it out. 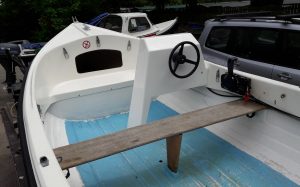 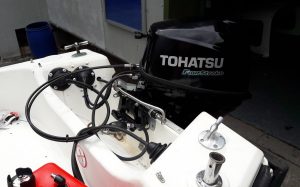 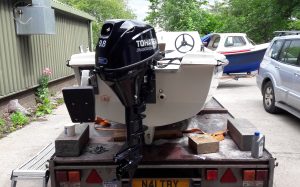 I fitted the 9.8hp Tohatsu 4 stroke electric start longshaft engine today.The original steering cable was in good order as was the helm.While I had it out I greased it and checked for wear.The engine comes with its own control box but the 13ft cables are bought separately and need to be fitted at the engine and control box.The wiring helm on this engine has to be wired into the fuse box of the engine rather than just a plug in socket joint.The engine is secured with the two thumb clamps and two bolts through the transom. 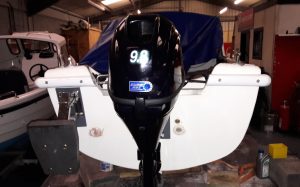 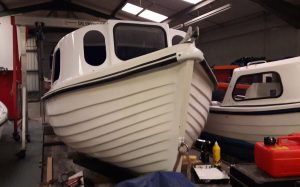 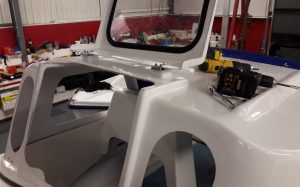 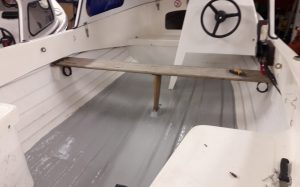 I fitted edge trim to the cuddy and put the cuddy on the boat using 4 quick release clips.
The hatch was glazed and fitted on stainless backslap hinges.
The boat needed a new cover fitting as the old one was past its best.
All three corner protectors were also replaced.
My last job of the day was to paint the floor with Interdeck antislip paint.
It shouldn’t be long now before its ready to be delivered.