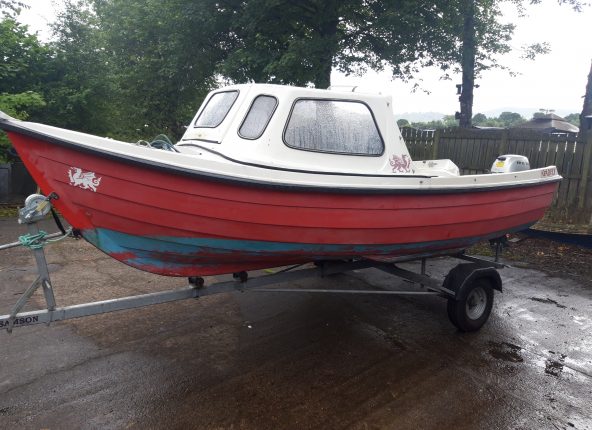 Here is a Strikeliner 16 I bought in to refurbish.
It needed new bearings before I drove it home.
Always check to see by jacking the wheel up and spinning it.
They make a distinctive rumbling sound when past there best and there should be only a small amount of sideways movement. 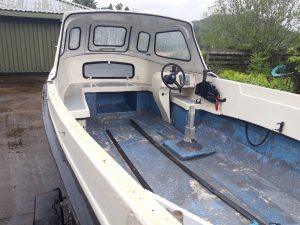 As can be seen the red gel coat has faded badly and the antifoul is mostly eroded. 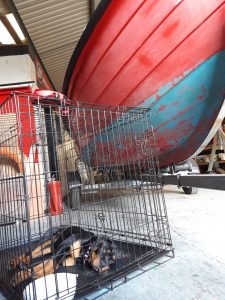 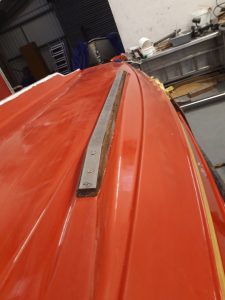 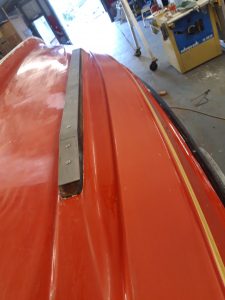 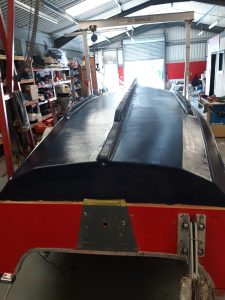 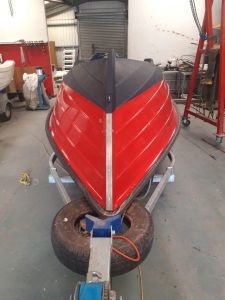 I removed the engine and cuddy and turned the boat upside down then removed the antifoul with a gel coat paint stripper and power washer.
The bilge keel keel bands were removed as they were mild steel and heavily rusted.
I also removed the centre keel bands which were loose with several screws missing.
The missing keel bands were replaced with 316 stainless steel bedded in on sikaflex mastic. 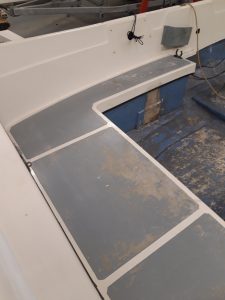 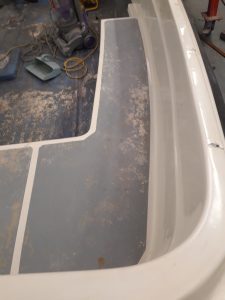 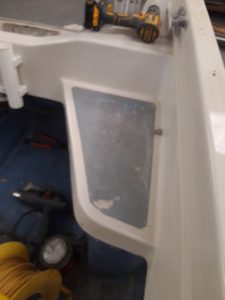 The hull above the waterline was polished with a cutting compound and an electric polisher to bring it back to its former glory.
All the stickers were removed and the deck and seated areas repainted in antislip. 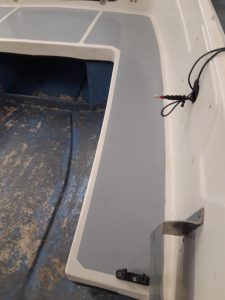 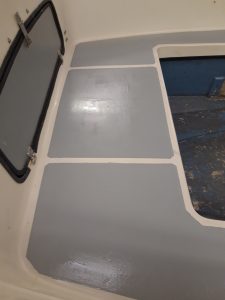 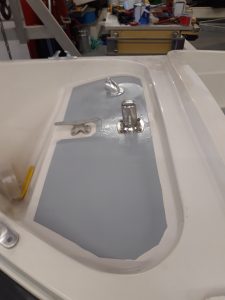 The control cables were running through a hole in the side of the gunnel and the angle was tight making it difficult to change gear.
I re-routed them letting them follow a more natural line freeing up the steering.
Also found the steering cable was a foot over length.This puts two bends in it which make the steering tight so it was replaced with the correct length.Helm was stripped and cleaned and greased and the console polished while I had it off.
The windows were all replaced as were the window rubbers. 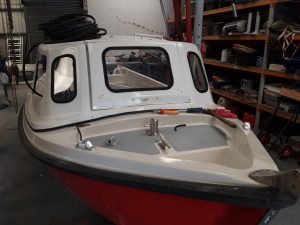 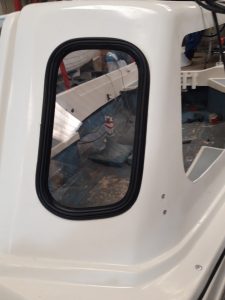 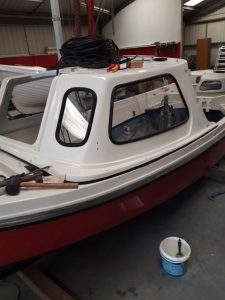 The cuddy was polished while the windows were out and it was riveted back on.It had been taken off several times before and the screw holes were not holding.You can use the same hole for the rivets and it makes a neat job.They are easy to drill out if required.
The Honda 20hp was refitted and the engine mounting bolt holes sealed with mastic as they are near the waterline.
Also put a stainless skin fitting in the forward anchor well to replace the broken plastic fitting.
Managed to get the fish finder working it was just a poor electrical connection.
The below pic shows the rotten wooden aux engine bracket.
Lucky for me I found a good plastic pad on an old rusty bracket and simply swapped it over.Even the holes lined up and that never happens. 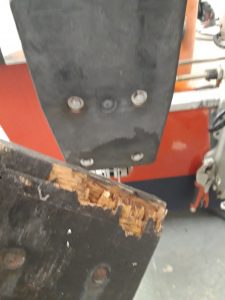 I have flow coated the inside of the hull in grey and my final job will be to anti slip the floor.
More pics to follow. 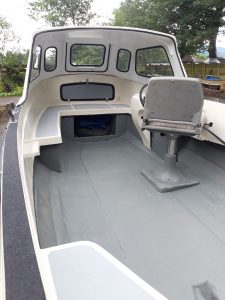 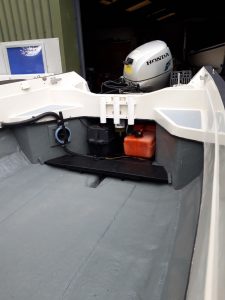 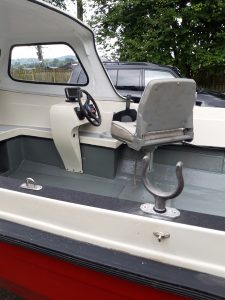 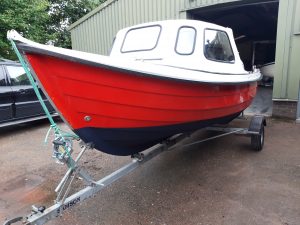 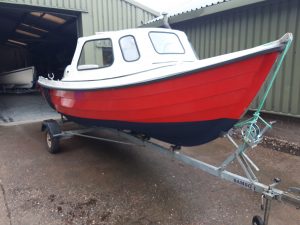 I replaced the missing rowlocks with some better quality alloy ones.The top ring had a wooden trim screwed to it which had seen better days.Once it was removed and the screw holes filled I ran anti slip tape down each side.This was more of a cosmetic fix as its a very narrow place to step onto I wouldn’t recommend it.
The boats already sold and the new owner seemed very happy with the transformation.